A noteworthy review of Living Well from School Library Journal on February 1, 2004 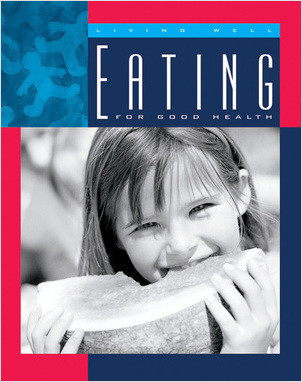 Acceptable introductory treatments. Eating focuses on the food pyramid, explaining good nutrition and its effect on health, with the role of vitamins highlighted. Exercising explains strength, flexibility, and endurance, and encourages daily activity to promote well-being, avoid obesity, and deal with stress. Some basic nutrition is included. Mental Health introduces the role of the brain in emotions and looks specifically at worry and stress. Overall physical health is pinpointed as key to enjoying good mental health, and the roles of proper nutrition and adequate physical activity are emphasized. Each book kicks off with a vignette. WNBA player Nikki McCray is featured in Exercising; the stories in the other titles appear to be fictitious. Bright, bold photographs appear throughout, and the captions are generally informative. A couple of exceptions mar Eating. For example, the caption for photos of movie-theater popcorn and jelly beans reads, ‘Pay attention to the serving size…. Instead of a big bag of popcorn, choose a handful of jelly beans!’ Whether a big does of sugar is really a better nutritional choice than fat and salt is debatable. Jillian Powell’s Exercise and Your Health (Raintree, 1998) includes more specific information. Janan Cain’s The Way I Fell (Parenting, 2000) is an inviting picture book that helps children to accept what they are feeling as normal. Loreen Leedy’s The Edible Pyramid (Holiday, 1994) takes a witty narrative approach.