A noteworthy review of Exploring Dinosaurs and Prehistoric Creatures from Booklist on May 1, 2004 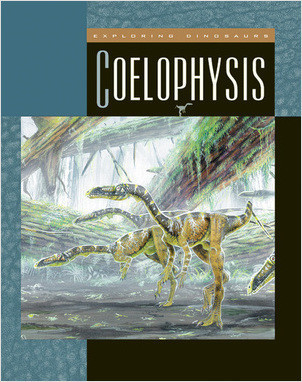 These titles in the Exploring Dinosaurs series begin with action-packed scenes that imagine the creatures roaming their ancient forests. Later chapters present facts and speculations about the dinosaurs’ physical characteristics, habits, and finally, their extinction. Vocabulary words appear throughout the text, although not all challenging terms, such as theropod, are defined in the appended glossary. Veteran science author Gray writes in accessible, instructive language that shows, with graceful simplicity, the common sense behind many scientific theories: ‘An animal with an enormous body to feed probably spends most of its time eating,’ she writes in Maiasuara. An attractive mix of artists’ renderings of dinosaurs in their natural habitat mix with color photos of fossils and scientists in the field, and descriptions of the first discoveries of each species’ fossils will introduce children not only to each dinosaur’s history but also to the field of paleontology. A geologic time scale rounds out these attractive titles that children will want for both research and browsing.