A noteworthy review of Forces of Nature from Booklist on April 1, 2015 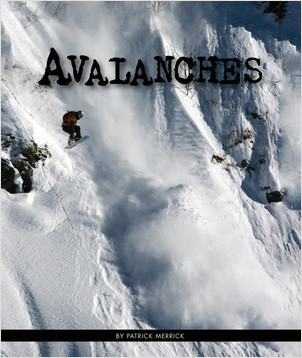 As snow builds, layer upon layer, high in the mountains, an avalanche will likely occur. Even the slightest vibration or the sound of a voice can cause snow to break away and careen down the mountainside, destroying everything in its wake. The two types of avalanches described are dry snow and slab. In the first, powdery snow blows off the mountain; in the second, large blocks of snow and ice break away and slide down the mountain. Each two-page spread of the book follows the same format, with a full-page photograph and text alternating between left and right pages. The photographs show avalanches in progress, and although they are in color, because of the snow, they mostly appear black and white. This entry in the Forces of Nature series is a good primer on the phenomenon.