A noteworthy review of Exploring Dinosaurs from School Library Journal on November 1, 2015 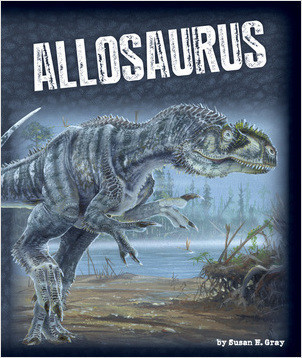 Species facts and paleontology blend effectively in this dinosaur set. Each title starts with a story about a dinosaur in action; these are not especially gripping, but some link neatly to actual fossil discoveries that readers learn about later. A fairly thorough treatment of physical features follows, accompanied by images of dinosaurs, bones, fossils, and scientists. Though not tremendously eye-catching, the visuals effectively support the written content. Captions, presented in a handwritten font that resembles field notes, add more specific details. Subsequent chapters look at fossil discoveries and sometimes provide interesting details about the scientists involved as well as information about species behavior and the eventual disappearance of the dinosaurs. Some chapters end with a couple of pages featuring either a broader look at dinosaurs in general or a specific aspect of the featured dinosaur, such as the Triceratops’s head. Smooth prose and strongly organized text and illustrations make this a better-than-average choice for the dinosaur shelves.