A noteworthy review of Titanic Stories from Booklist on April 1, 2016 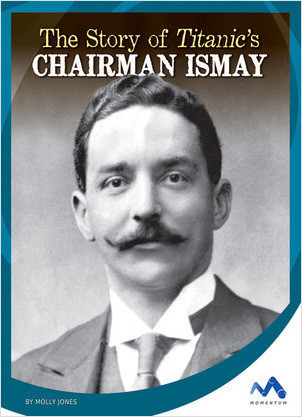 The Titanic Stories series investigates this maritime disaster from different perspectives, and this volume takes a close look at J. Bruce Ismay, chairman of White Star Line, the company that built the Titanic. Engaging narrative prose describes Ismay’s excitement upon boarding the great ship on April 12, 1912—the culmination of five years’ work and planning. Captioned black-and-white photos show the Titanic at various stages of completion, as well as Ismay and some of the crew. When describing the wreck, Jones focuses on the ship’s overwhelmed wireless operator and poor emergency protocols, explaining how Ismay’s overconfidence in the Titanic’s ‘unsinkable’ nature resulted in increased casualties (not enough lifeboats or evacuation drills). A final chapter discusses the U.S. Senate inquiry held to establish culpability for the disaster, and Ismay’s life after the wreck.