A noteworthy review of Engineering that Made America from Booklist on March 1, 2017 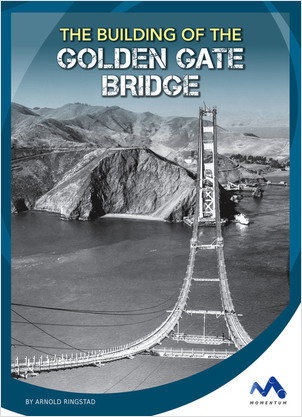 Kids handed the Engineering That Made America series will be immediately drawn to its subject matter. In part, that’s because each title begins not with a feat of engineering but with a person. Golden Gate Bridge begins with one man, Michael O’ Shaughnessy, turning his impatience to get from Marin County to San Francisco into a structure that would alter the landscape of San Francisco as well as the lives of its citizens. Transcontinental Railroad follows several men who pursued the dream of building a railroad that would connect the eastern and western parts of the U.S., noting how the project relied on the labor of thousands of Chinese immigrants and displaced many Native Americans. Airplane introduces Orville and Wilbur Wright as children before delving into their failures and successes while figuring out the precise mechanics of human flight. Cotton Gin not only explains how Eli Whitney got the idea for the cotton gin but the hoops he had to jump through to get a patent; it also touches on what the cotton gin meant to enslaved people as well as their masters. The books are compact, easy to read, and feature engaging photographs and graphics. Although the engineering feats are simply discussed, the books clearly convey their scope and importance. A fresh slant on oft-written-about history.