A noteworthy review of How America Works from School Library Journal on November 1, 2020 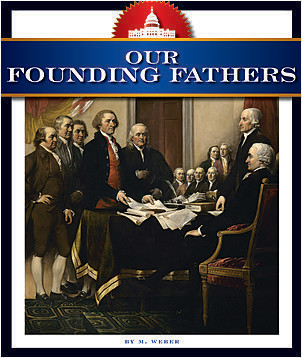 This fact-filled series provides straightforward information. In Democracy, Weber explains the history of the concept and includes facts about the Athenian democracy of Socrates and Plato. Our Founding Fathers profiles some early American statesmen, including George Washington, John Adams, and Benjamin Franklin. Political Parties examines the founding of the Democratic and Republican parties while using simple language to describe each party’s views and philosophy. The White House outlines a history of the mansion and describes the changes made by various first families. The text shares interesting facts, such as the White House has 96 full-time employees and the United States is one of the world’s oldest democracies. The narratives are basic and utilitarian, but Weber maintains objectivity. The text does not pass judgment on the Founding Fathers, and the ideals of the two major political parties are presented in a factual, direct manner. Colorful photos and reproductions of portraits complement the text. VERDICT These well-informed volumes will be useful for report writing. Democracy and Political Parties will have a greater demand during this election year.