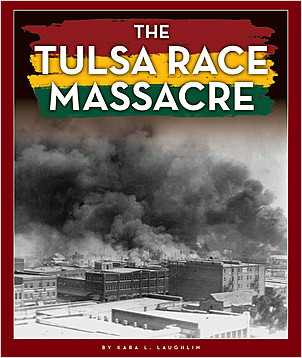 Starred Review. This volume in The Black American Journey series (12 titles) chronicles the rise of Greenwood, Oklahoma—later annexed by Tulsa—known as Black Wall Street for the wealth its Black population built, and the bloody massacre that was its downfall in 1921. In six chapters of clear, flowing prose and period photography, Laughlin introduces readers to the Black entrepreneurs who helped develop Greenwood, the events that led to growing tensions, and the massacre itself. Everything is well contextualized in terms of the grim reality facing Black Americans at the time, highlighting the way racism was built into the systems of American governance, thanks to Jim Crow laws and the persistent racism of white America. Readers are reminded that the violent backlash against Greenwood was not a one-off event but part of a pattern reflecting an undeniable element of American society. Back matter includes a glossary, index, further reading, a summarizing time line, and questions meant to prompt thoughtful discussion on the implications of race in the profiled events. Timely, effective, and important.