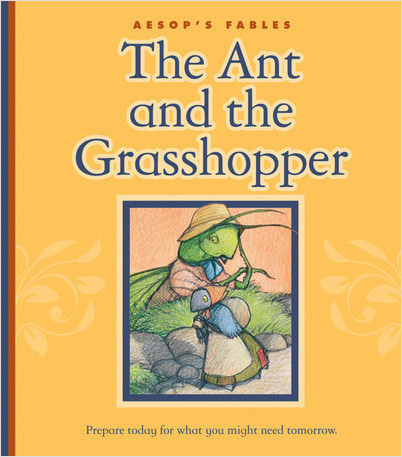 The Ant and the Grasshopper

A busy ant spends all her time preparing for winter, while a lazy grasshopper enjoys the sunshine and summer warmth. When the cold winds begin to blow and food becomes scarce, the hungry grasshopper regrets his wasteful ways.

A noteworthy review of Aesop's Fables from School Library Journal on January 1, 2010

The large, easy-to-read font in these editions of the popular fables make them good choices for assignments. The clean layout features white-framed text on the verso and dark-framed pictures on the recto. The morals are on the covers as well as at the beginning and end of the texts. Notes about Aesop and fables in general appear at the back of each book. The anthropomorphic animals are dressed appropriately for the season and their character types (city versus country, etc.). Although new no ground is broken here, these books are serviceable additions.