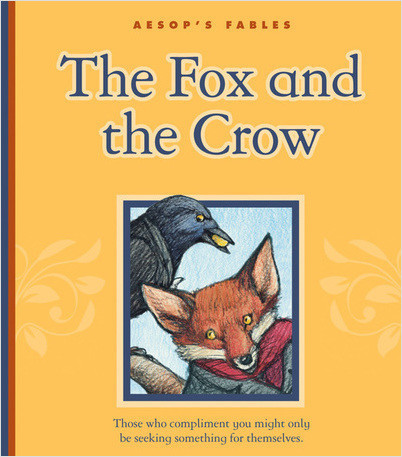 The Fox and the Crow

A vain crow has found some cheese to eat, but a hungry fox knows a secret: the crow cannot resist showing off! Flattering the crow into singing a song, the fox grabs the cheese when it falls from the crow's beak.