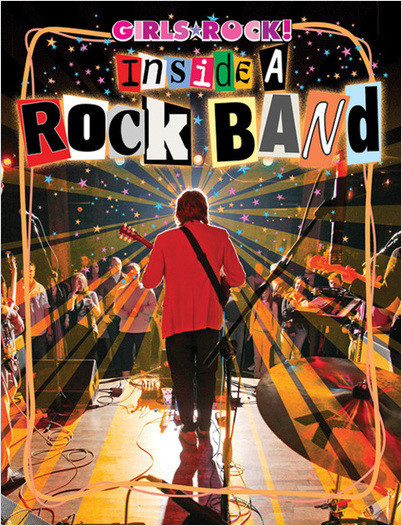 Inside a Rock Band

From the Set Girls Rock!

Being a rock star is easy, right? You just play loud music and look cool. Well, it's more than just that. Take a special behind-the-scenes look at what life is like for members of a real band. Rock on!

A noteworthy review of Reading Rocks! from Booklist on November 15, 2006

In this entry in the Girls Rock! series (a general-interest series in which only this title is actually about rock music), the challenges and rewards of belonging to a band are laid out documentary style. It’s an inviting theme, especially for reluctant readers, but there are some ill-conceived elements here. Despite the series’ girl-specific angle, the featured band (a real indie group from Nashville) is all male; moreover, its twenty-something members are worlds apart from the teen pop franchises that children will know. But the illusion-busting practical information (‘Being in a band isn’t just about playing music’) is well cued for an audience that might assume meteoric superstardom to be the norm. As long as they can look past the odd disconnect between the series name and the content, many readers of both genders will be inspired by these humble rockers’ passion—though some recommenders may wonder about the song title ‘Lazy Librarian,’ visible on a scribbled playlist in one of the photos.