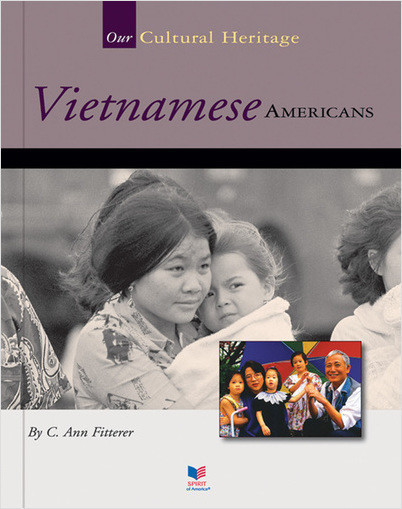 Vietnamese people are among the most recent immigrants to come to the United States. The flow of immigrants from Southeast Asia was triggered by the American and South Vietnamese defeat in the long and bloody war that was waged in Vietnam. After the fall of Saigon and the victory of the communist North Vietnamese forces in 1975, hundreds of thousands of Vietnamese people fled their homeland. Many of these refugees boarded boats and set out for other lands. These ‘Boat People’ faced grave dangers in the form of unseaworthy vessels, starvation, lack of water, storms, and pirates. It is estimated that 50% of the Vietnamese people who set out in boats perished before they could reach their destination. Once in nations such as Thailand, Japan, or the Philippines the Vietnamese immigrants were confronted by life in stark refugee camps or prejudice by the local people. For thousands of Vietnamese, immigration to America from these sanctuary lands became an option. The story of these brave-hearted immigrants, who accepted great danger and suffering in order to reach America, is well told in this illustrated study. Readers of this well thought out book will be provided historical background as well as information about the acculturation of the Vietnamese people who have come to the United States. This is a fascinating story and one that will give younger readers a solid introduction through a capably written work.

C. Ann Fitterer has been writing for The Child's World for more than 15 years. She also writes under the name Cynthia Klingel. Most recently, she has co-written more than 70 Child's World books with Bob Noyed. Cindy and Bob have written books in the Wonder Books Phonics Readers series, the Wonder Books Nonfiction series and the Spirit of America Our Presidents series. They also helped to develop The Spirit of America publishing program, which began in fall 2001. Cindy also helped to develop the Wonder Books publishing program. Cindy was born in Mankato, Minnesota. She lived for a short time in Minneapolis, where she worked in publishing. The rest of the time, she has lived in Mankato, which she believes is a great place to grow up! As a child, Cindy loved reading, writing and playing with friends. She enjoyed playing sports, especially softball and football! She also loved to dance. She was a dance student and then teacher for 17 years! In third grade, Cindy won an award in a national publishing contest sponsored by a large publishing company. It was then that she decided she would be an author when she grew up. In college, Cindy studied English and elementary education. Although she was interested in many things, she loved working with students. So she graduated with degrees in teaching. Cindy has been a public school educator for almost 20 years. She has worked for a Minnesota school district as a high school English teacher, an elementary teacher and is currently a curriculum director. She loves children's literature and makes regular visits to the children's section in bookstores and libraries. Cindy lives in Minnesota with her two daughters. When she is not working or busy being a mom, she can be found digging in one of her gardens, spending time with her many friends or with her nose in a good book.