Skip to Content
Site undergoing maintenance until 9:30 PM PST. Thank you for your patience. 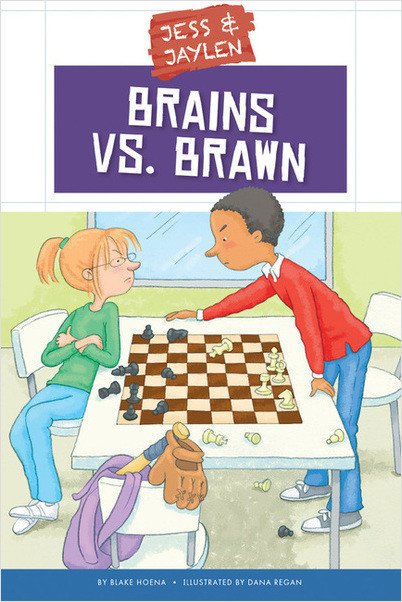 Jess and Jaylen's friendship gets tested when they try to agree on summer activities they both enjoy.

Blake Hoena grew up in central Wisconsin. In his youth, he wrote stories about robots conquering the moon and trolls lumbering around the woods behind his parents' house. Later, he moved to Minnesota to pursue a master of fine arts degree in creative writing from Minnesota State University, Mankato. He now lives in Saint Paul with his wife, two kids, dog, and a couple of cats. Blake has written more than 60 books for children-- everything from ABC books about dogs to a series of graphic novels about two alien brothers bent on conquering Earth, chapter books about Batman and Superman, and retellings of classic stories such as Treasure Island and Peter Pan.

A noteworthy review of Jess and Jaylen from Booklist on December 1, 2014

Lifelong best pals and diametrical opposites Jess and Jaylen are the main characters in this sweet series entry about friendship and compromise. Each wants their best friend to try their own respective favorite activity during summer rec league. For bookish Jaylen, this means trying to… View →