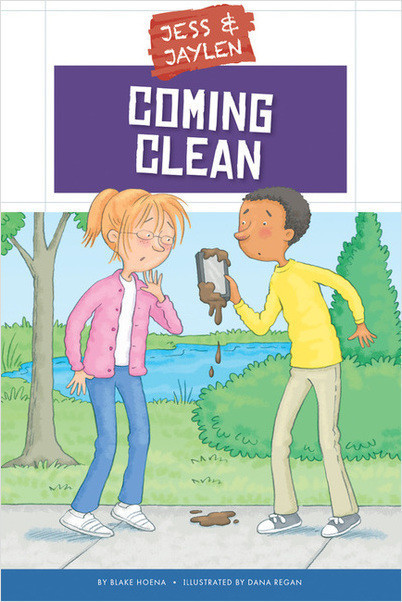 From the Set Jess and Jaylen

Jess and Jaylen accidentally break Jaylen's brother's phone and try to hide it.

A noteworthy review of Jess and Jaylen from Library Media Connection on May 1, 2015

Readers join Jess and Jaylen as they experience common urban childhood situations. The titles feature characters of both genders and various races while not falling into the pitfall of making that element the main focus. Both the characters and situations are believable and relevant to readers. Jaylen’s fascination with video games and Jess’s interest in sports are woven into the stories. Situations include cheating, sports injury, bullies, dealing with fear, being honest, and becoming addicted to video games. Of particular interest is Brains vs. Brawn in which the characters discover that they can have different interests and still be friends. Each title ends with a short series of questions meant to further thought or encourage a creative writing exercise. This is a surprisingly satisfying series.

Blake Hoena grew up in central Wisconsin. In his youth, he wrote stories about robots conquering the moon and trolls lumbering around the woods behind his parents' house. Later, he moved to Minnesota to pursue a master of fine arts degree in creative writing from Minnesota State University, Mankato. He now lives in Saint Paul with his wife, two kids, dog, and a couple of cats. Blake has written more than 60 books for children-- everything from ABC books about dogs to a series of graphic novels about two alien brothers bent on conquering Earth, chapter books about Batman and Superman, and retellings of classic stories such as Treasure Island and Peter Pan. 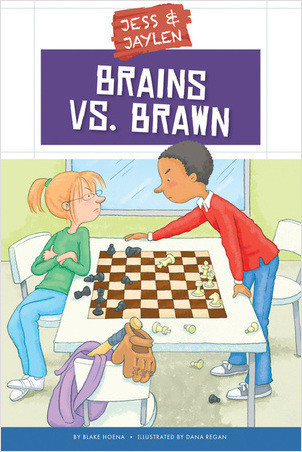