From the Set Unsolved Mysteries

Learn the legends and facts about spirits and phantoms, including historical sightings, famous ghosts, and researchers' investigations. A full description of the mystery, possible explanations, and remaining questions are all explored. 'Myth or Fact?' sidebars describe common misconceptions and confirm surprising facts. Additional features include a table of contents, a glossary of key words and phrases, sources for further research, and an introduction to the author.

A noteworthy review of Unsolved Mysteries from School Library Journal on November 1, 2015

Popular beliefs, skepticism, and scientific study all receive their due in three or four chapters in these brief, informative accounts. Each begins with a particular episode and its subsequent investigation, followed by additional information, including history. Covered are sightings, appearances and disappearances, the work of investigators, and some hoaxes, too. In most cases, there is scant evidence for these phenomena, but it’s noted that some scientists and a great many citizens consider the existence of these phenomena to be possible. Some of the subjects overlap, particularly in the books on aliens and UFO’s, as well as those on ghosts and haunted houses, though there are enough differences among the volumes to hold readers’ attention. Though the D.B. Cooper highjacking is an unsolved mystery, it seems a slightly odd fit with the rest of the paranormal line-up. Attractive photographs and small ‘Myth or Fact?’ sidebars complement the well-paced writing. Slim and well crafted, bound to appeal to both doubters and believers, these are good introductions to the mostly popular phenomena.

Orlin Richard is a children's book author and editor from Fargo, North Dakota. He has written and edited books about sports, science, and history for elementary and middle-grade students. In his spare time he likes to ponder the mysteries of the world. 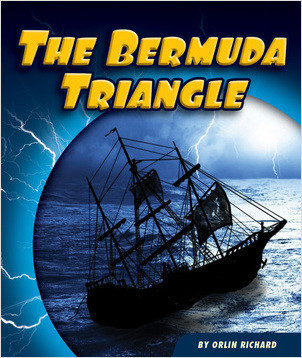