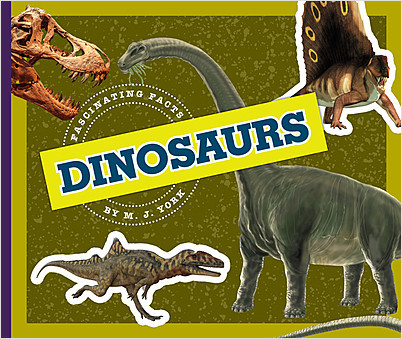 From the Set Fascinating Facts

Highlights fascinating facts about dinosaurs, from their first appearance on Earth to their extinction 65 million years ago. Learn about a dinosaur nicknamed after a rock star, a battle between two dinosaurs that are forever captured in a series of fossils, the dinosaurs as long as a jumbo jet wing, and more! Additional features include a table of contents, a phonetic glossary, an index, and sources for further research.

M. J. York has an undergraduate degree in English and history and a master's degree in library science. M. J. lives in Minnesota and works as a children's-book editor. She has always been fascinated by myths, legends, and fairy tales from around the world. 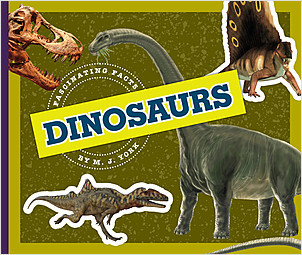