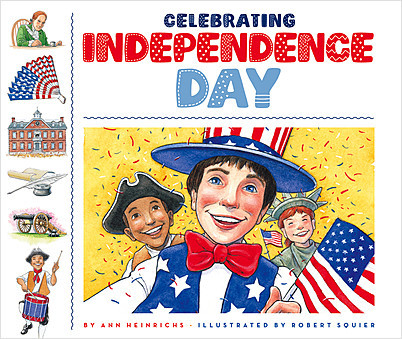 Fireworks, parades, and picnics are just a few of the ways Americans commemorate their freedom every July. Colorful photos and engaging text tell the story of our struggle for independence from Great Britain. Young readers are sure to love the kid-friendly activities and recipes that offer new ways to bring the Fourth of July to life! Additional features to aid comprehension include activities and poetry, informative sidebars, a table of contents, a phonetic glossary, sources for further research, an index, and an introduction to the author and illustrator.

A noteworthy review of Celebrating Holidays from School Library Journal on November 1, 2021

This series captures the sights and sounds of holidays around the world. Young readers are introduced to new holidays and learn the histories of familiar celebrations. Each title reproduces the excitement with descriptive language and engaging illustrations. Modern-day practices are… View →