The Story of Jumping Mouse

From the Set Fall 2011 Releases

The story of a kind-hearted, curious mouse who gives his own eyes to other creatures so that they might be healed of various ailments. As a reward for the mouse's unselfish actions, a magical frog turns him into a majestic eagle.

A noteworthy review of Folktales from Around the World from School Library Journal on November 1, 2011

Old-fashioned in the best way, each book tells a story from a particular area. To maintain the traditional feel, the tales are narrated by a storyteller, and the illustrations, which include full-page color images as well as smaller black-and-white pictures, purposefully imitate styles native to the featured regions. A map and an explanatory note describing folktale traditions end each book. Perfect for reading aloud to a class or sharing one-on-one, these books have a nice range and should be considered as needed to fill in folklore collections where these areas are not well represented.

A noteworthy review of Folktales from Around the World from Children's Bookwatch on September 1, 2011 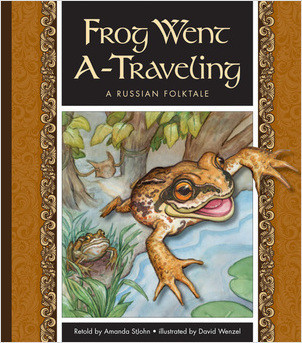 Folktales from Around the World