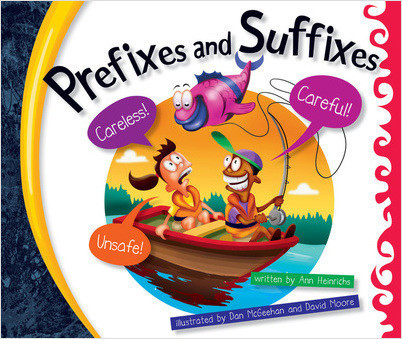 When learning to read, kids are often intimidated by 'bigger' words. This title teaches younger audiences how to break such words apart and introduces them to the concept of roots. Reading becomes easy and fun once it's clear how various letter combinations can change a word's meaning.