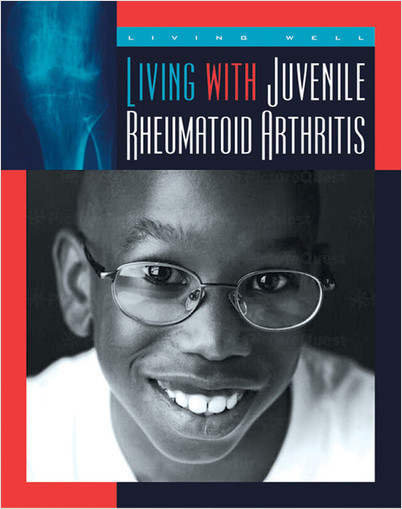 Introduces readers to the disease of juvenile rheumatoid arthritis, its causes, how it affects the body, and what it's like to live with the disease.

A noteworthy review of Living Well from School Library Journal on March 1, 2003

Each of these titles leads off with an introduction to a young person who has the featured disease. Subsequent chapters explain the physiology of the illness, what causes it, and what it’s like to live with it. Concluding sections look at possible treatments and potential cures. The texts are clear and simple, double spaced, and punctuated by colorful exemplary photos of kids dealing with the disease. Gray provides a surprising amount of information and develops considerable empathy in readers. Paul Pimm’s Living with Cerebral Palsy (RSVP, 1999) and Judith Peacock’s Juvenile Arthritis (LifeMatters, 1999) cover similar territory for this level, but unless you already have them, Gray’s books are excellent choices.