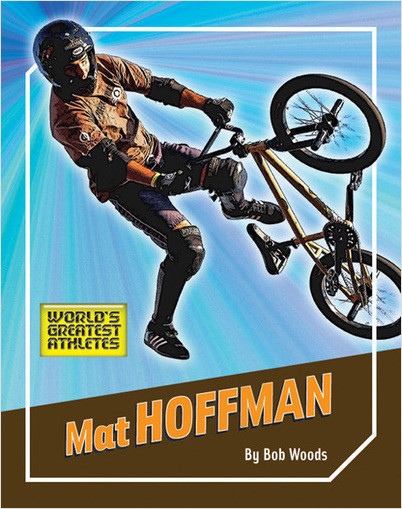 Look! Up in the sky! It's a bird, it's a plane . . . it's a bike? If there's a bike flying overhead, bike-stunt and BMX superstar Mat Hoffman is probably behind the handlebars. Go flying with Mat inside!

Bob Woods, a freelance writer in Madison, Connecticut, has written books for young readers about Barry Bonds, Shaquille O'Neal, the National Football League, NASCAR history, and other sports topics. Over the past 20 years, his work has appeared in many magazines, including Sports Illustrated. Bob has also edited several magazines for young people, and has produced special magazines on both the Summer and Winter Olympics.