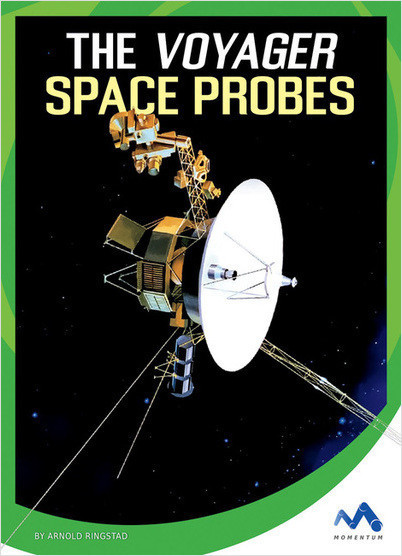 From the Set Wonders of Space

Compelling narrative nonfiction text presents the story of the Voyager space probes, featuring the intrigue and excitement behind the missions. Additional features to aid comprehension include a table of contents, fact-filled captions and callouts, infographics, a glossary, a listing of source notes, sources for further research, and an introduction to the author.

A noteworthy review of Wonders of Space from School Library Connection on November 1, 2016

Each of the books in this series is quite astonishing for its intriguing presentation of facts about unknown worlds light-years away. Every space mission, starting in 1977 with Gary Flandro’s vision from JPL for a ‘Grand Tour of Space’ with Voyager, and various other remarkable stories of exploration and problem solving are told. Each is beautifully crafted and written specifically to engage the reader, which is unusual for non-fiction. Additionally, with only 3-4 chapters, color photos, plenty of white space, and an easily readable font, students will find the astonishing content both accessible and fascinating. Death-defying acts of bravery and ingenuity by both astronauts and ground crews populate the pages with jaw-dropping reality. This series is a must-buy for librarians and teachers who wish to inspire children to dream big, study STEM subjects, and become the next generation of innovators in space. Glossary. Index. Source Notes.

A noteworthy review of Wonders of Space from Horn Book Guide on October 1, 2016

A noteworthy review of Wonders of Space from Children's Bookwatch on March 1, 2016

‘The Voyager Space Probes’ covers the exciting story of the planning and launching of the twin Voyager 1 and Voyager 2 in 1977, to travel to the outer planets of our solar system Jupiter, Saturn, Neptune, and Uranus, and beyond. Four chapters cover the exciting preparation, planning, and launch of the Voyager Space Probes from early planning stages in 1964 to the recorded data revealing that Voyager 1 had left the solar system in 2013. Still carrying the gold discs with the Sounds of Earth and greetings to other living beings in many languages, plus other information detailing the source of Voyagers 1 and 2, Earth. From a grand tour, and preparing to launch, to Jupiter and Saturn and beyond, ‘The Voyager Space Probes’ explores an exciting mission of travel through the solar system and beyond, while gathering much valuable information about the solar system and space. Striking color photographs, artistic illustrations, and maps and graphs enhance the package of information in ‘The Voyager Space Probes’ for students ages 7 and up. Completing the story are sections containing a handy Glossary, Source Notes, and To Learn More, a bibliography and web site section. This exciting series, Wonders of Space, also contains the following titles which are highly recommended for juvenile educational purposes: ‘Exploring Beyond Our Solar System’ (9781634074754, $27.07), ‘The First Moon Landing’ (9781634074766, $27.07), ‘The International Space Station’ (9781634074773, $27.07), ‘The Mars Rovers’ (9781634074780, $27.07), and ‘Space Missions of the 21st Century’ (9781634074797, $27.07). 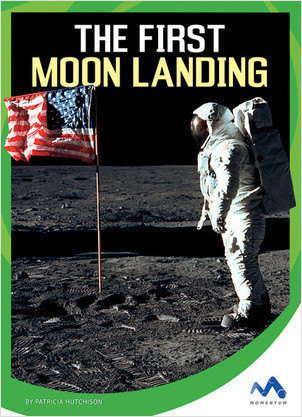