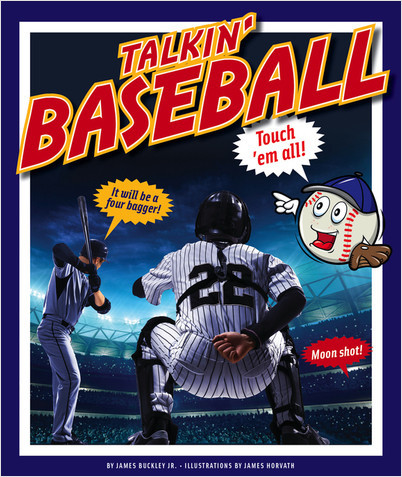 From the Set Talkin' Sports

Knock around the horsehide, flash the leather, and throw cheese! Confused? You won't be after you read this fact-packed book on America's National Pastime. Readers will pull on their caps and pick up their bats as they find out how to 'talk like a baseball player.' Additional features include a table of contents, a phonetic glossary, sources for further research, an index, and an introduction to the author.

James Buckley, Jr., has written more than 60 sports books for young people, including more than a dozen on football, including Eyewitness Football, Eyewitness Super Bowl, and America's Greatest Game. The latter was a Library Journal Top 10 Sports Book for 1998. He has also written about baseball, hockey, soccer, the Olympics, and other sports. He was the editor of a children's magazine and was an editor and writer for Sports Illustrated and NFL Publishing. He is currently editorial director of the Shoreline Publishing Group, which is producing the new series The Child's World of the NFL. 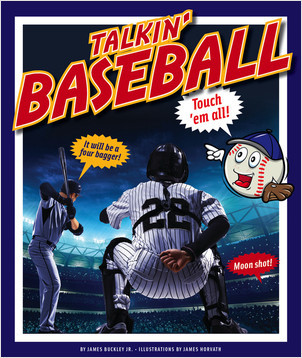