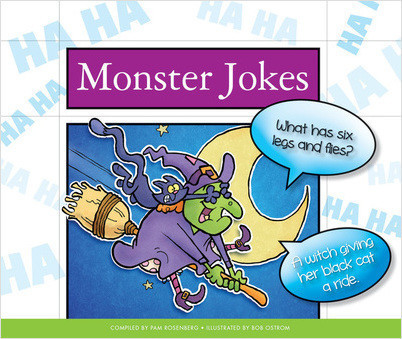 From the Set Laughing Matters

What's a monster's favorite soup? Scream of tomato, of course! What do demons eat for breakfast? Deviled eggs, silly! Any kid can tell you that these monster jokes are so funny it's downright scary.

Pam Rosenberg is a former junior high school teacher and corporate trainer. She currently works as an author and editor of children's books. She has always loved reading and feels very fortunate to be doing work that requires her to read all the time. When she isn't writing or editing books, she enjoys spending time with her husband and two children, and reading just for fun.

Bob Ostrom has been illustrating children's books for nearly twenty years. A graduate of the New England School of Art and Design at Suffolk University, Bob has worked for such companies as Disney, Nickelodeon, and Cartoon Network. He lives in North Carolina with his wife Melissa and three children, Will, Charlie, and Mae. 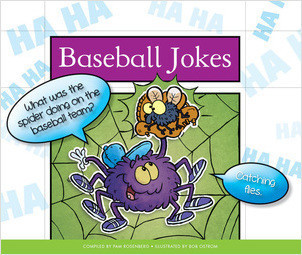